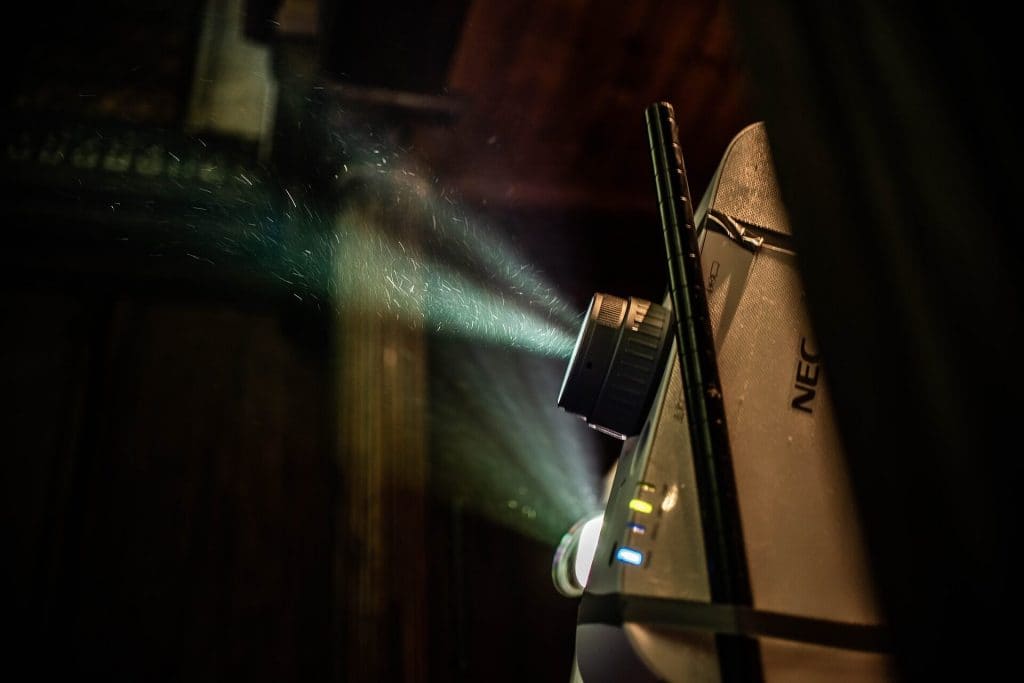 Advantages of Laser Projectors vs. Lamp 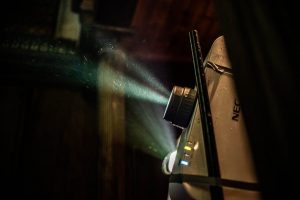 Laser projectors are the latest innovation in the long history of projectors. They work in a very similar way to the lamp projectors we’re all familiar with, but they use lasers as their light source instead. Laser beams are incredibly consistent and coherent, which means that they give a projector the ability to produce higher-quality images for less power. In this list we will take a look at some of the advantages of laser projectors over lamp projectors.

Laser projectors are getting longer and longer lifespans as time goes on. 20,000 hours is a common figure given when looking up laser projectors – and to put that into perspective, that’s close to 2 and a half years of running non-stop!

A lamp in a lamp projector, on the other hand, is only expected to last up to 2,500 hours. As projectors are usually fixed to a ceiling, not only do you have the cost of a new bulb to think about, but also the whole process of replacing it.

Laser projectors aren’t just much brighter than the lamp-based alternatives, they also maintain a consistent level of brightness throughout the course of their lifespan. Lamp-based projectors lose brightness gradually over time, and once the brightness of a bulb drops below 50% of its original brightness, it’s time for a replacement.

As well as being brighter, laser also provides a wider range of colours and a much sharper contrast between them, with brighter whites and richer blacks than a lamp could produce.

When switched on, lamp projectors need up to a few minutes to heat up before they can be used, which can get frustrating if you’re switching the machine off between meetings/presentations to save power. Laser projectors are ready to go as soon as you turn them on, granting you maximum performance in just seconds.

If you don’t plan to use the projector much, and can give yourself some time to prepare, this shouldn’t be an issue. But if you’re holding several meetings throughout the day, you’ll definitely benefit from laser’s ‘instant on’ capabilities.

Lamp-powered projectors have a less focused light than laser, meaning that a lot of the energy from the light is lost, due t

o the beams being more scattered. If you’ve ever used a lamp projector, you’ll also be aware that a lot of energy is wasted as heat energy. Laser projectors give off a highly consistent beam of light that is LED-based, using much less power than a traditional bulb.

Are There Any Disadvantages to Laser?

Of course there are negatives to laser. One of these is that once the laser does finally stop working, it cannot be replaced. But with laser projectors usually coming with a very long, up to 5-year warranty, and an estimated 20,000 hours lifetime (10 years of 40-hour weeks!), this shouldn’t be too much of a concern in the long run.

Another potential disadvantage is the upfront cost when compared to lamp projectors – but don’t let this convince you to opt for a lamp projector instead. Consider it this way, if you buy a laser projector and it lasts for 20,000 hours, you’d have to buy around 7 bulbs at £150 (or more) a piece for a lamp projector to have that lifespan, and that’s not including fitting and any other maintenance it may need during that time.

We are a leading specialist installer of projectors throughout the UK, and we partner with some of the best projector suppliers on the market. Give us a call on 0800 368 7358 to speak to us about your projection needs.